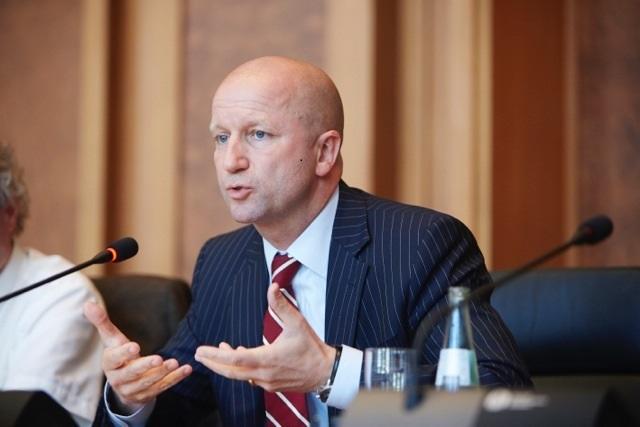 Helge Berger was educated in Munich, Germany, where he received his Ph.D. in 1997 and the venia legendi (Habilitation) for economics in 2002. He taught at Princeton University as a John Foster Dulles Visiting Lecturer (1997-98), helped to develop the Munich-based CESifo network as its research director (1999-2001), and worked as an economist for the IMF (2001-2003). Between 2003 and 2012 (on leave since 2009) he held the chair of monetary economics at Free University Berlin (tenured), serving as Associate Dean 2007-09. In 2009, he returned to the IMF, where is serving as an Advisor in the European department. Since 2004, he has been a member of the Ausschuss für Geldtheorie und Geldpolitik (Study Group on Monetary Economics) of the German Economic Association. He has been a visiting scholar at the European Central Bank, the IMF, and at a number of universities, including in Copenhagen, Bergen, and Stockholm.

Much of his research is in the fields of macroeconomics and monetary economics, including the role of money in monetary policy, issues of central bank design in federal currency unions, and central bank communication. Other areas of interest are intra-euro area trade imbalances and the trade effects of the euro, as well as the interlinkages between labor courts and labor markets. His publications include papers on the impact of central bank conservatism on monetary policy (Economic Journal), studies on optimal exchange rate regime choice (e.g., in Emerging Markets Review, Economics Letters), and analyses of central bank communication (European Review, Journal of Money, Credit, and Banking), and—from occasional ventures into the realm of economic history—papers on the Bundesbank’s path to independence (Public Choice) and the economic determinants of the European revolutions of 1848 (Journal of Economic History).

A more complete list of publications can be found here.