As a professor of business administration, Georg Schreyögg belonged to the school from 1994 to 2015, and was senior professor here until 2018. Georg Schreyögg was also a visiting professor at the University of Graz, Austria, which awarded him an honorary doctorate in November 2014. Georg Schreyögg made a considerable and lasting mark on the school, not least in his role as dean. His scholarly work has also had a decisive impact on management and organization research within and well beyond the German-speaking world. His academic career and work were honored comprehensively on the occasion of his 65th birthday in the Zeitschrift für betriebswirtschaftliche Forschung. Not least because of the international impact of his research and his commitment to the European Group of Organization Studies (EGOS), Europe's leading association for management and organization research, he was appointed an EGOS Honorary Member in 2018.
Georg Schreyögg passed away in Berlin on November 30, 2021 at the age of 75. Colleagues of the School of Business & Economics mourn this painful loss and will remember him as an excellent scholar and a personality of immense energy. There is so much that remains of Georg Schreyögg, even though he has now left us forever.

Scientist from Freie Universität Appointed to the Board of the European Innovation Council - Economist Prof. Dr. Carsten Dreher is One of 20 Experts appointed Europe-wide

Prof. Dr. Carsten Dreher has been appointed to the Board of the European Innovation Council (EIC). As one of 20 members, he will advise the EIC on strategy and innovation policy in key areas for future innovation in Europe, including digital, health and ecological transformation, according to the European Commission in Brussels. The EIC bundles innovation policy activities in the European Research Framework Program Horizon Europe. 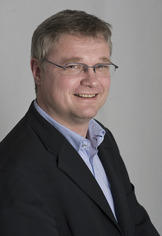